Here’s what I wrote

Humphrey Dumpty ran is his ball, Humphrey Dumpty crashed into the wall, all the teacher’s students and all their classmates couldn’t put the ball together again.

Would you rather do math or read?

Would you rather write or type?

Would you rather stay in your favorite class or go to the next grade?

Would you rather do homeschooling or regular school?

If the power went out this is what I would do to stay cool.

1, go in the basement it is always cold down there.
2, get in our new pool.
3, would invite someone over to have a water fight.
4, attack my sisters with the hose.

1, There is a privately owned ranch in Texas called King Ranch and it is bigger than the state of Rhode Island.

2, The town of Sweetwater holds the annual World’s Largest Rattlesnake Roundup. Events include snake charming, snake weigh-ins, and there even is snake-eating contests!

4, Corn has been grown in Texas for thousands of years.

5, Texas has nine types of rattlesnakes. 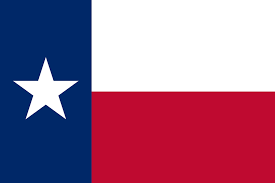 Blue stands for loyalty, white stands for purity, and red for bravery. The single (lone) star represents ALL of Texas and stands for our unity as one for God, State, and Country.

Texas’s climate depends on what part of the state you’re in. The Gulf Coast and parts of east Texas get most of the state’s rainfall. Houston sees about 50 inches (127 centimeters) of rain per year—about double the state average of 27 inches (69 centimeters). Humidity can also be high; people sometimes feel like they’re taking a bath all day long. However, it doesn’t get as hot in Houston, and winters are mild. In comparison, summers in west and southwest Texas can be scorching. Little rain falls—sometimes less than 10 inches (25 centimeters). The north and central parts of Texas have hot summers, too, but they get some rain—and tornadoes! More tornadoes hit Texas (mostly in the Red River Valley to the north) than any other state. The coldest winters come in the Panhandle, where occasional northers (north winds) blow in and make you think you’re in the Arctic. The weather changes often in Texas. Texans joke that if you don’t like the weather, you just have to wait a minute and it will change.

The state bird is a Mockingbird.

The state tree is a pecan tree.

The state flower is a bluebonnet.

The state insect is a Monarch butterfly.

Before 1821, Spain claimed much of what is now Texas, but when Mexico revolted and gained independence from Spain, Texas became part of Mexico. General Santa Anna took power in Mexico and used his army to keep new settlers out of Texas. By 1835, most Texans, including many Mexicans living there, had had enough of General Santa Anna’s rule. Stephen Austin and Sam Houston recruited men for a fight and took over the city of San Antonio. But Santa Anna returned with more men and met 189 Texans at the Alamo, the old Mission San Antonio de Valero. These few fought off four thousand Mexican soldiers for 13 days. At the end, all of the Texan defenders, including famed frontiersmen Davy Crockett and Jim Bowie, were killed. However, a victory by Sam Houston at San Jacinto (today known as Houston) forced Santa Anna to surrender. In 1836, Texas became its own country. But in 1846 Texas joined the US.

Historical: The Alamo.
Written about above.

Natural: Santa Elena Canyon.
Santa Elena has the tallest cliffs forming the canyon wall—up to 1,500 feet. The first 13 meandering miles from the put-in at Lajitas give you a good look at the contrast between the riparian and desert ecosystem. The river becomes more technical in the last seven miles when you have entered the actual canyon.

State Hero: Sam Houston.
Sam Houston fought against the Mexicans. After they took over the Alamo he fought the Battle of San Jacinto (today known as Houston) and they beat the Mexicans. 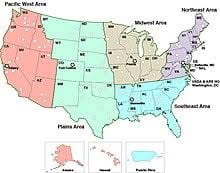 Texas is in the South-Central. 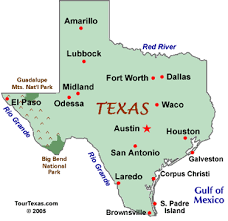 Texas is a great state and I loved learning about it. It is historical, beautiful and almost 29 million people live there. That’s all I have to say. Bye!

That is how I would celebrate National Ice Cream Month. How would you tell me in a comment below.

Minecraft is a video game. It is a world made of blocks. There are hostile mobs and friendly mobs. A zombie pigman is in between. It will attack you only if you attack it first. There are many ways to prank your friends in Minecraft and many Youtubers do it. There are  minecraft pranking videos just search them up if you have permission.

That is a little about Minecraft You can try it. It works on I think every device.

My sister wrote everything I helped her spell a little.

Once upon a time there was two boys, Jimmy and Jeremy. Jeremy saw a bunny and caught it. The bunny bounced towards Jimmy. Then hopped on Jimmy’s head. “Hello little guy,” said Jimmy.

Then she left. I don’t know why.

Option is a key on a keyboard. Here is the alphabet with option.

Here is the alphabet.

Now let’s see if caps lock does something different.

Some are different. My favorite is caps lock option t. It is so different from the just shift option. It is the same as just option. †

Never mind it doesn’t type anything.

That was the first row. you can look at the others by clicking on the horseshoe thing.